Unlimited emergency voice & text using the 4GX mobile network.
Included in your purchase will be a Live Life Alarms roaming sim card with unlimited emergency voice and text for the first year of use. Then it’s just $45 each year from Year 2. Towards the end of Year 1 you’ll be reminded to add a $45 top up to continue to use the service for the following year. Your mobile alarm will even automatically work when you visit Canada and/or Mexico – at no extra cost.

If you would like to enjoy the best coverage in the USA and never have to worry about running out of credit when you need it the most then this default option will be ideal for you. We’ve worked hard to tailor a custom plan that’s affordable and will never let you down.

*Fair use policy applies. The Live Life mobile alarm is an emergency device and we expect it to be used as such.

Checking and topping up your credit
Before the end of Year 1 we’ll send you reminders to add another $45 for the coming year.

What happens if my prepaid credit runs out?
It won’t! We won’t let it! Your Mobile Alarm will always work.

Incoming calls to your mobile alarm are free so family and friends can call you on your pendant whenever they like and for as long as they like. There is no extra 911 fee each month. 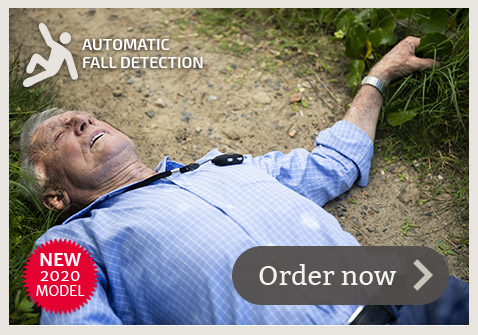 The Wireless Coverage Maps are approximate only. Actual mobile alarm coverage depends on where you are and the device you are using. Customers should be aware that the mobile coverage maps displayed have been created using tools that predict the likely areas of coverage.

Not every particular location within the identified coverage areas has been individually tested for coverage. This means that while the footprint of coverage outlined on the maps is generally accurate, there will be specific areas described as being within a coverage area where a customer’s mobile alarm will not work.

The LiveLife Mobile Alarm has built-in GPS technology that it uses to fix the location of the pendant with an accuracy of 2.5 yards. In order for the GPS functions to work it requires a line-of-sight connection to satellites in the sky. For the pendant to receive the signal it needs to be pointed to the sky. It normally takes a few seconds to receive the signal and work out the co-ordinates of it’s exact location. It can take up to 10 minutes to get it’s first fix out of the box.

In the event that the pendant cannot receive the GPS signal it will revert to showing it’s last known position. This is the location of the device when it was last able to fix it’s location by satellite. The device conserves power by only trying to get a GPS fix when the device is moved. Because of this we cannot that when the device is activated the location given is always the current position at the time of activation or that when someone tries to locate it via sms that it will know it’s current position.

Underground carparks, lifts, concrete buildings, tunnels and other constructions can block the signal from satellites to the pendant. It is possible that if a wearer of the pendant is in a location where there is no GPS signal that there may also be no 3G mobile signal meaning the function of the pendant will not operate till the wearer moves to an unobstructed location.